Awards for our Leader of Learning, Mr Heath McNeil

By Cassandra Everts 8 December 2020 No Comments 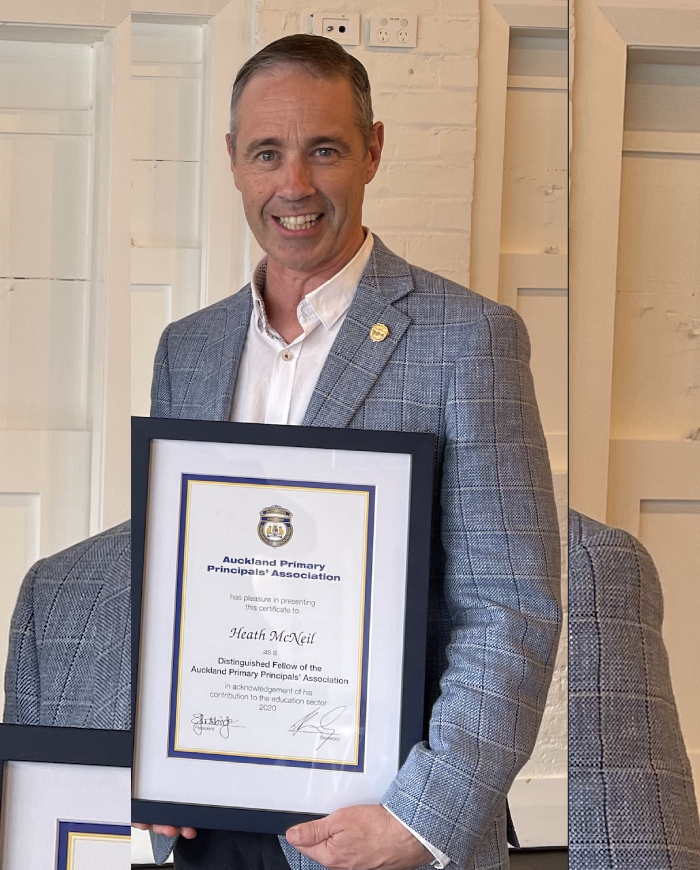 Mr McNeil, our Leader of Learning, has been awarded two prestigious educational awards over the past few weeks.

Firstly, he has been awarded a 2021 Primary Principals’ Study Award from the Ministry of Education. There are only a small number of these Study Awards granted each year across New Zealand each year.

This Study Award allows for Heath during Terms 1, 2 and 3 next year to complete his Master of Educational Leadership (Research) at University of Auckland. This will mean that Heath will be away from school fulfilling this Study Award for the first three terms of next year.

During Terms 1 to 3 of next year, each of the Associate Leaders of Learning will deputise as the Acting Leader of Learning, as follows:

Mr McNeil will return to OrmPS as Leader of Learning in the last week of October 2021.

The second award that Mr McNeil has received is from the Auckland Primary Principals Association (APPA). He has received a Distinguished Fellow Award from APPA this year in recognition of his contribution to education in Auckland.

For a significant number of years, Heath has contributed to this professional organisation in the role of Secretary.  This involves attending meetings with education sector leaders, speaking to ministers and advocating on behalf of all Auckland principals.  He also was President of APPA for one year in 2019. He has also represented APPA as the Quarterly Education Discussion representative, which also involves attending sector group meetings and feeding back information to members.  Heath has also been a member of the Ministry of Education National Workforce Strategy Reference Taskforce and has recently been appointed to the Auckland School Property Advisory Group.

Heath has been a member on the ASB APPA Travelling Fellowship board for several years and is currently the Chairperson.  This has seen Heath contribute both to regional and national education work programmes. This has seen a large impact on education, beyond our school and local schools level.

Heath has successfully undertaken this significant work for a number of years and APPA believes it is important to publicly acknowledge their appreciation of his hard work through the Distinguished Fellow of the APPA award.  He also received the Fellow of the APPA award in 2016. Heath is the youngest recipient of this prestigious award in the history of the Auckland Primary Principals’ Association.

As a Board of Trustees, we would like to congratulate Heath on these awards and we look forward to welcoming him back to OrmPS later next year.